Guest of the Month II 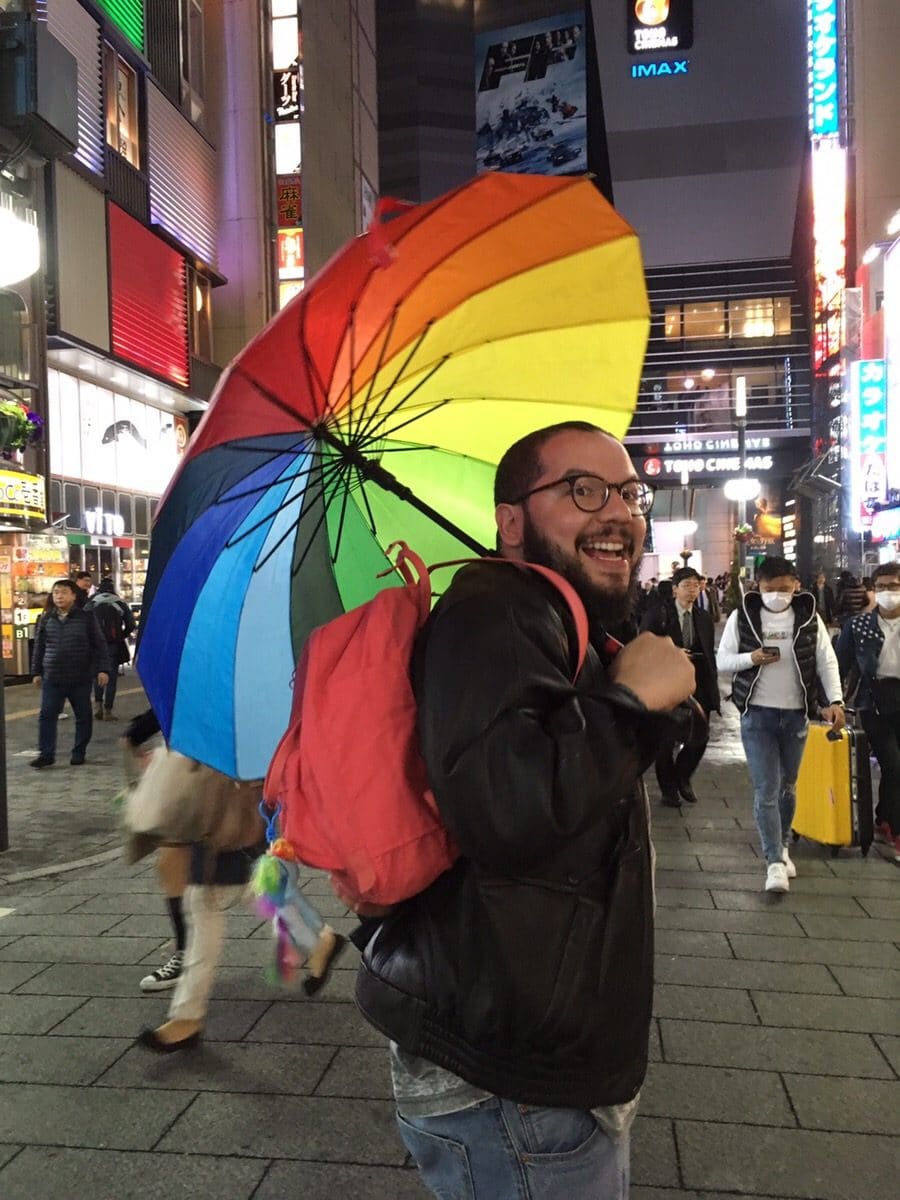 Today is the last day of August. Can you believe it? Time flies! We don’t want to believe it, at least 🙂

It’s always a strange feeling when the next season is on its way.

The catharsis that comes with summer’s end, along with the excitement in imagining the winter to come…

It’s been quite a while since we last introduced one of our guests in this blog, but we’d finally like to introduce Guest of the Month #2!

This guest is someone who stayed with us back in April.

We’d like to introduce the Brazilian visual artist, Joel Veiga!! 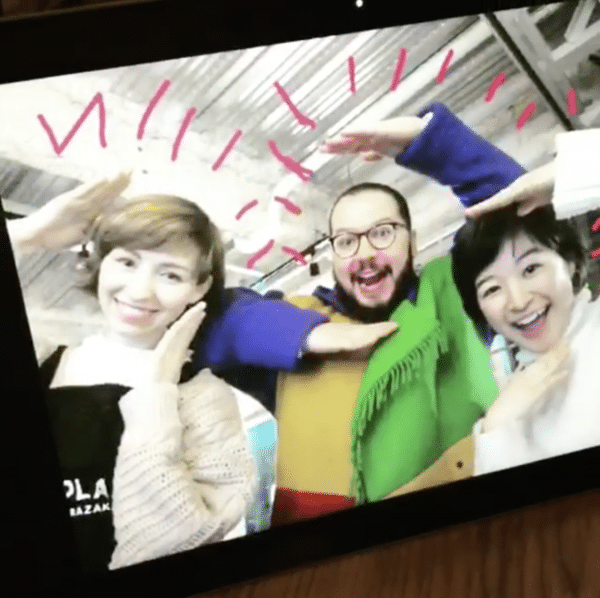 Many different guests come and visit us, and we have many chances to talk with them and become friends.

There are so many guests we met and have naturally become drawn to, whether it be because of their personality, their appearance, or just the aura they have.

Joel is no exception.

To us, he is a fascinating and charming man.

There was one funny incident that brought us close to Joel at the beginning of his stay.

The morning after Joel’s first night at UNPLAN, he came to our reception looking a bit shaken up. This is what he told our receptionist, Delice:

“I have a problem. I think my wallet may have been stolen.”

It was one of Joel’s first days in Japan and it seemed his wallet had disappeared from his bed overnight. He claimed to have searched everywhere, but it was nowhere to be seen.

Joel and our staff spent a good few hours that morning looking for his wallet. We were all trying not to panic and failing hard (lol)

Eventually we decided to file a stolen item report, so Joel went out to take care of it.

After a few hours, he returned to UNPLAN with a bouquet of flowers in hand, and an embarrassed smile on his face.

He had found his wallet inside of his own bag!!

He brought the flowers to us as an apology.

After that, the shaken up image we had of Joel took a 180 degree turn.

Every day during his stay he would come back to UNPLAN with a big grin on his face, and tell our staff about what he did that day, where he went and how this or that was “so beautiful!” or “so amazing!”

He is always cheerful and filled with passion. 🙂

On Joel’s last day, he went to the movie theater together with our staff, Meika, Maria and Yoz.

We went to the one in Shinjuku with Godzilla’s head sticking out over it. Joel was adorable after he saw the theater and filled up with excitement lol 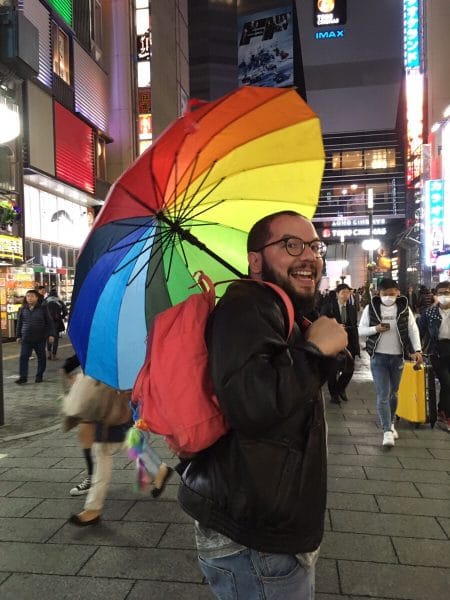 We’re excited to continue having more and more great encounters here at UNPLAN.

We hope to see you again soon, Joel!

After Joel went back to Brazil, he left us this kind message:

“I’m just a little person and a citizen of nowhere, also I try to find dreams inside reality and reality inside dreams, but I have not found a place to settle/stay yet. Maybe because in the whole world there is so much to see and live that I feel I can’t get attached to somewhere for a long time, so traveling around the world is my biggest goal as much as getting to know people from all the places I may travel to. Japan was a trip decision that I already had since I was really young, like a child, cause now I’m 31 years old, and during my childhood intrigued me the fact that I was in the opposite side, geographically talking, of a country named Japan, where time is exactly the opposite from where I was born and live nowadays. Of course besides that, the beauty of spring time with sakura blossom, the landscapes in the whole country and the crazy colorful urban views of Tokyo made me always want to go to Japan, so I DID IT exactly during the Sakura’s Season! And it was, regarding my traveling experience, one of the most amazing ones, if I would say what I most liked I would make an infinite list of items, but I can resume that what makes Japan the best country to me is: Japanese people. Surrounded by an atmosphere of education, politeness and friendly smiles, when you get to Japan you discover in a few minutes you are inside a country where people do the greatest effort to make you feel at home, so did I. Staying at UNPLAN Kagurazaka was one of the best parts of my trip to Japan. I would definitely say that this hostel was “designed” to pleasure, comfort, great interaction with staff and relax with such an outstanding staff! Japan is an amazing country, I will never forget this experience which is so far from mine in Brazil and thanks UNPLAN for receiving me so well, right now I am already planning when I will return.”

If you have a chance, check out Joel’s website!